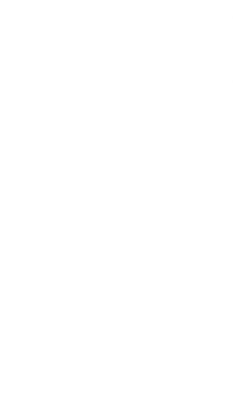 The Medicine of Forgiveness

The Medicine of Forgiveness

“The only meaningful prayer is for forgiveness. Without forgiveness I will still be blind.”
~ A Course in Miracles 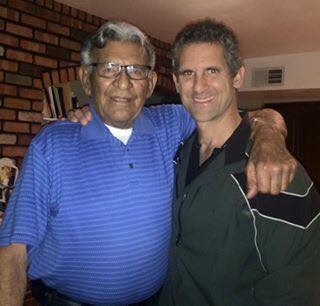 Some years ago, I had a falling out with my dad. At the time, he was living in Las Vegas with my uncle and they were both being swindled to the tune of thousands of dollars by a woman they believed was helping them. My siblings and I attempted to extricate them from a bad situation, but they refused to listen to us, and things got worse.

The moment of truth came for me while I was on the phone with my dad, trying to sort out what was happening to his money. I couldn’t seem to get a straight answer. In the midst of my questions, he finally told me to stay out of his business and that “Angela” was helping them. I remember staring at the phone in my hand, slack jawed and incredulous. I felt like I was 10 years old again. Calmly I said, “Ok, I’m out of it. Don’t ask me for anymore help,” and hung up the phone. I was so angry I cried. Part of me could not believe that my dad trusted a woman he barely knew more than he trusted his own son. But another part of me could.

Growing up I was the oldest of seven kids. My mom was a single parent who, for the most part, raised us alone. As the oldest, I saw and heard things close up and with no filter. I felt my mom’s undiluted pain, fear, anger and despair—it just went right into me. God only knows what I did with all that emotion! My dad was a charming and charismatic figure who sometimes showed up when he said he would, and often times didn’t. He supported us financially in much the same way. Despite all that, I still loved my dad. Through the years I have forgiven him many times over for things, both real and imagined. I thought I was finished.

After I hung up the phone, I put my dad out of my mind as best I could. Not all at once, but gradually. Months went by. A year, then another year. During this time, I was deep on a spiritual path of my own. I learned that things buried have a way of finding their way to the surface for someone who wants truth. I wanted the truth, my truth, not someone else’s, and that took me to some interesting places.

One afternoon in the early summer, I was making my way into the woods to build a fire and stay out for the night under the moon and the stars. I had work to do, “inner work,” but didn’t know yet what that work was.

As I was walking, a voice clear as a bell, spoke to me and said, “You need to forgive your father.” I was familiar with the voice. It stopped me dead in my tracks. My reply was quick: “I’ve already forgiven my father. There’s nothing more for me to do.” After a pause, the voice quietly said, “Forgive him again.”

I understood in that moment there was no way to avoid what I had been avoiding all these months. With a deep sigh of resignation, I said, “Okay, I’ll do it.” I had no idea how, and just like that my work was cut out for me for the night.

Something I had written years before came back to me:
to be a warrior in this life
is to break your own heart
and stand in the fire you made

purify yourself
and return to the world
clean and true

On the earth, under the night sky, at the fire’s edge, there are no secrets. The truth stands simple and unadorned, waiting.

I badly wanted to unburden myself. I knelt at the fire, struggling to listen for a place to begin. After awhile, I began to listen without struggling.

“Let the truth come,” I thought to myself.

Out loud I spoke a question into the fire, “Forgive my father for what?”

The answer was like a revelation, a flash of light illuminating the density of my mind.

Returning with unmistakable clarity, the voice said, “Your father came to teach you about forgiveness. It is easier for you to blame him than to take full responsibility for your life. If that makes you uncomfortable, it should.

“And what do you blame your father for? Secretly, you blame him for everything that you think is wrong with you. In this way, you could be right about the way things are and keep him wrong for all that he didn’t provide. Who else do you give that kind of power to? It is time to heal the wound and give up the story you’ve been telling yourself about yourself.

“Forgiveness is your medicine, the medicine you must take and give. This is a true gift from a father to his son. Remember, you are already forgiven—so forgive. Forgive everyone you hold responsible for whatever is not working in your life. This will go a long way in the world. Forgiving your father will make forgiving others a lot easier, and everyone you forgive releases you.

“Keep letting go. Don’t hold on to anything from the past, unless there is love in there somewhere. Release your judgments and forgive what isn’t worth preserving or perpetuating.

“Through your father you will recognize a long line of people you need to forgive. Find the thread that connects all of them to you. Pulling that thread untangles a knot of resentment choking the life out of you.

“The other side of forgiveness is to bless. Bless every one and every thing in your world. In this way, by forgiving and blessing, you heal yourself and in some way, all the lives that touch yours.”

That night I offered a ceremony for my dad, forgiving and blessing him as deeply and as thoroughly as I could. The forgiveness and the blessing were mine to give, a true gift from a son to his father.

A few weeks later, my sister called out-of-the-blue and said, “Tommy, I think we need to bring dad home.” Without hesitation I agreed. We made a plan, and shortly thereafter brought him safely home. It was a rescue mission. I understood that my experience at the fire had created a space of possibility that didn’t exist before. I would have stood in the way—unforgiving—and held myself hostage.

My dad has been home for four years now. Every time we see each other, and he looks into my eyes, he sees only love. There is no room for anything else. I am reminded of a fragment of a poem by George Eliot, “…chaff and grain together...keep what is worth keeping, and with a breath of kindness, blow the rest away.”

Tom Garcia, DC, is a chiropractor, devoted husband and father of four. His passion is helping others find clarity and purpose through ceremony.

What is the Purpose of an Altar?

What is a Shaman?